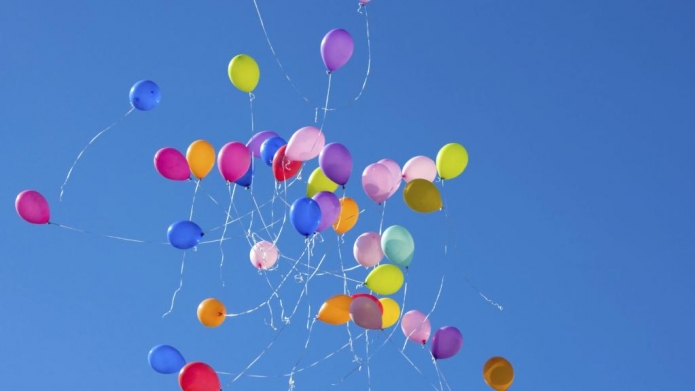 STIRLING councillors have opted not to support a local ban on the release of helium balloons.

The City will instead amend relevant guidelines to advise users of its reserves and facilities not to release helium balloons at events hosted or approved by the City.

It followed a City report presented at the February 6 council meeting about whether to amend guidelines or enact a local law ban, which came after a Fremantle resident said they had found a City branded balloon on a Fremantle beach last year.

The report said releasing balloons was generally seen as not having an impact because they disappear from sight but recent beach litter surveys showed the number of balloons and balloon pieces found on beaches had tripled in the last 10 years.

“There is an increasing body of research showing that rubber balloons and hard plastic balloon ties can have detrimental environmental impacts,” it said.

“Accompanying this research is a growing level of community pressure on State and local governments to significantly reduce these ecological impacts.”

According to the report, rubber from balloons shatters when at a height and while most balloons were made from ‘biodegradable’ latex, it could take 12 months to degrade when floating in sea water and can be fatal when ingested by turtles and birds.

Potential issues around a ban were cited as difficulty in monitoring and enforcing it, and needing infringement officers to witness intentional releases.

The report said a local law ban would not provide the same “consistency” as a statewide ban and could create confusion because of disparities between councils.

Town of Cottesloe enacted a ban last year but councillor Adam Spagnolo said it was much smaller than Stirling and its number of ratepayers was equivalent to those in one third of the City’s council ward.

He believed there was a movement to have coastal councils ban the balloons but did not think people in suburbs in eastern parts of the City would agree.

“If someone drops a balloon at a park on the ground, that’s littering, so is it not the same if it’s released into the air at the park?” she said.

As part of the resolution, council will also raise awareness about the impact of releasing helium balloons and safer alternatives, and write to the WA Local Government Association and State Government to advocate for a change to the Litter Act to include releasing balloons as ‘remote litter’ and therefore making it an offence.

Environment Minister Stephen Dawson said the Government was concerned about the impacts of waste, including plastic on the environment, but was not planning additions to its impending plastic bag ban.

“The Government has no current plans to legislate a statewide ban on the release of balloons, however, it supports efforts to raise public awareness of the unintended consequences of releasing balloons during celebrations,” he said.

Stirling will join seven other Perth local governments that have policies relating to the release of helium balloons.

Cottesloe is the only local government to have a ban on the public release of helium balloons but Town of Victoria Park does not allow balloons to be released at its events and does not endorse the “organised release” of balloons at its reserves.

City of Nedlands will add a clause to its event planning guides for people hiring its facilities stating helium balloons are not permitted in any City buildings and only permitted outside if not released.

Similarly, City of Cockburn’s guidelines state balloons should not be given away or released at City-run events and City of Joondalup does not organise balloon releases at its events and advocates against the practice.

COUNCILS THAT HAVE POLICIES RELATING TO HELIUM BALLOONS

City of Bayswater: Does not provide helium balloons at its events

City of Cockburn: Guidelines state balloons should not be given away or released at City events

City of Joondalup: Does not organise balloon releases at its event, advocates against the practice

City of Mandurah: Staff cannot use or release helium balloons

City of Nedlands: People hiring City facilities will not be able to bring helium balloons into City buildings and only permitted outside if secure and not release

City of Stirling: People using its reserves and facilities advised not to release helium balloons at events run or approved by the City, raises awareness about impacts of releasing balloons

Town of Victoria Park: Not allowed to be release at City events, does not endorse release of balloons at its reserves