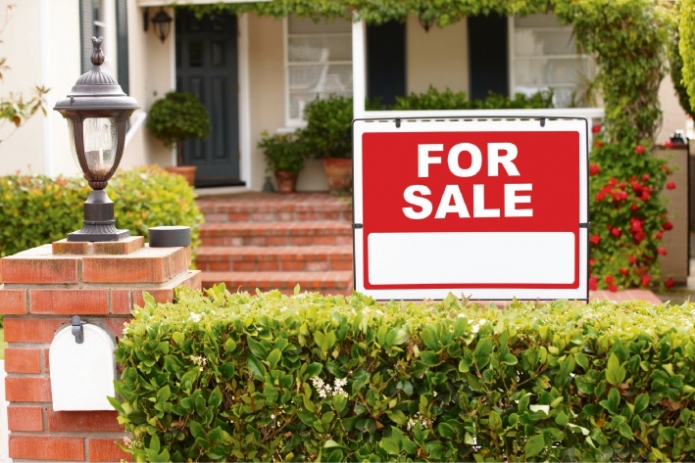 IT could be a ‘tale of two cities’ for the Perth property market over the next 12 months, according to REIWA president Hayden Groves.

“We noticed a significant shift in sales activity in the December quarter,” he said.

“Compared to the September quarter figures, there was a real drop in the $450,000-$650,000 price bracket as a composition of sales activity and there was a significant increase in the $700,000 plus bracket.

“We are seeing a two-speed market throughout the metropolitan area right now.

“The trade-up $700,000 and above price bracket with good quality family homes in strong aspirational locations is going very well.

“There is a shortening of supply in those areas and stronger demand and that is starting to push up prices, but only in that sector of the market.”

Mr Groves said it was a different situation in the sub-$700,000 market, where there was plentiful supply and properties were taking longer to sell.

“In this market, particularly in the $450,000-$550,000 price bracket on the fringes of the city, there is a lot of stock that was built by first-homebuyers in the last five to seven years,” he said.

“However, it is hard to find buyers; for first-home buyers it is still more attractive to buy land and build, for which you can get the $10,000 First Home Owners Grant (FHOG) and save on stamp duty, rather than buy an established home for which the grant doesn’t apply, and if the home is priced over $430,000 you start to pay stamp duty.”

Residential asked Mr Groves what was in store for 2018 and beyond.

However, he said the bulk of the stock was for homes priced below $650,000, which were remaining on the market for some time.

“On average about 1.3 per cent of Perth’s total housing stock is on the market; however in some areas this is significantly higher or lower,” Mr Groves said.

“For example, in Nedlands there is only about 0.4 per cent of housing stock on the market; it is the tightest supplied market in the metropolitan area.

“At the other end of the scale you have Alkimos and Cockburn Central, which are over-supplied.”

Mr Groves said the wild card would be whether or not the middle market started to shift.

“If that $450,000-$650,000 price bracket starts to improve that could take some stock off the market and see overall listings numbers retract,” he said.

Have buyers missed the boat?

“Comments such as people have missed the boat infer that the market has already turned to such an extent that buyers have missed out,” Mr Groves said.

However, the two-speed market meant buyers would need to act decisively in certain suburbs where competition would see quick sales and price rises.

“There are still some genuinely good buys over $1.5 million for example,” Mr Groves said.

“The market is moving, supply is very tight in those aspirational suburbs and in these areas of the market buyers who hesitate will miss out.

“In the $700,000-plus market there is no longer room for cheeky offers and hard negotiation.

“All it takes is for a buyer to miss out once or twice and then they’ll start making full price offers, which will see prices start to rise.”

“This is looking as a real opportunity for buyers this year,” he said.

“First-home buyers aren’t going near it because it’s established and investors are sluggish coming back into the market.

“However, you may end up competing with local and interstate investors in anticipation of potential tax changes as the Federal election nears.”

When all the data has been received, the median price is likely to show an increase in the median house price from $510,000 in the September quarter to around $520,000 for the December quarter, but rather than a sudden boom in prices, Mr Groves said this was a reflection of the increased activity in the over $700,000 price bracket.

He expects no more than 5 per cent median house price growth in the next 12 months.

“When you have a two-speed market, the active upper level starts to run out of puff because you start to run out of buyers able to trade up from the slower, lower end of the market,” he said.

“That will keep the market fairly flat throughout 2018.”

Mr Groves said any changes to the FHOG to include established homes would be welcome and see the market run more smoothly.

“The current setting is still disadvantageous and ‘disincentivises’ buyers of entry level stock in the market, which is holding up the lower end of the market,” he said.

What challenges does the market face?

Mr Groves said next year’s Federal election could have a detrimental effect on the already slow lower end of the market.

“If Federal Labor gets elected next year it will be a catastrophe for mums and dads who have built a family home that’s worth about $500,000 on the fringes of the city in an area where there is still buyer activity for vacant land and building,” he said.

“You won’t be able to sell to a first-home buyer as under the State Government’s policies they are encouraged to buy land and build.

“And you won’t be able to sell to an investor as Federal Labor has indicated that capital gains tax incentives will be halved and negative gearing will not apply for purchases of established homes; however, it will apply to new builds, further compounding the issue.”

“Investors will also find it difficult to sell to other investors for the same reasons, so they may be inclined to hold on to their assets.”

“Thankfully, it is widely forecast that interest rates, if they do rise, will be minimal and with APRA’s intervention for investor loans already slowing investor activity, owner-occupier loans have got even more affordable,” he said.

“Homebuyers can be reasonably confident that by buying now and locking in a low rate, they’re buying at the bottom of the market both in terms of property values and rates themselves.”

What will happen in the rental market?

“In the last three years we saw the market transition rapidly from a landlords’ market to a tenants’ market and I think it’s starting to change again,” Mr Groves said.

“The vacancy rate is sitting at 5.5 per cent for the December quarter, down from 6.9 per cent in the September quarter.

“And rental stock, which hit an unheard-off peak at 11,300 at one point, is now around 8500 and continues to constrict in terms of supply.

“However, we are still oversupplied, particularly in areas like Baldivis, Armadale, Ellenbrook and Alkimos on the fringes of the city where the vacancy rates are in the double digits.

“And we do have a lot of apartment stock on the market and it is hard to find tenants for a lot of the older stock.”