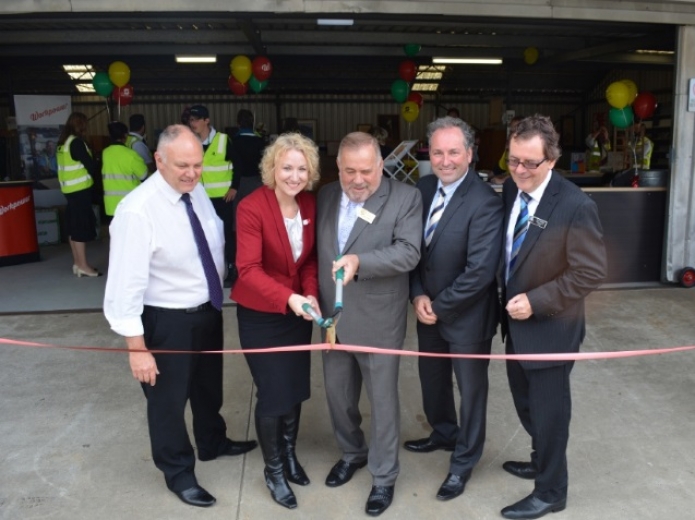 BALCATTA Tip Shop at the Balcatta Recycling Centre has received a makeover and was relaunched to the public on Tuesday.

The tip shop was closed for six weeks to conduct renovations after the City of Stirling gave operating rights to social enterprise Workpower.

City of Stirling Mayor Giovanni Italiano said recycled household “junk” and goods had been restocked prior to the opening.

“One man’s trash is another man’s treasure, so a lot of people would love what is in here because it is what they can afford,” he said.

“We are pleased to be able to display it for them to come here and purchase at a cheap price not retail prices.

“I had a sneak preview on Sunday and there was nothing here but when I walked in here this morning, I saw how clean and tidy it was compared to what we had here earlier, it was junk.”

“When we initiated this six weeks ago, there was one chap who was on crutches and he was hopping around on one leg but he was so willing and excited that he could be apart of what is happening here,” he said.

“So to me, I think it is fantastic that those people can feel a part of what is happening in the community.”

Workpower chief executive Lee Broomhall said there had been improvements to the way people’s goods are transferred to the shop.

“Some of the key improvements have been changes to the loading and unloading so we know have our staff available to direct members of the public in and to unload things and to offer assistance that way,” she said.

“We have also got new signage and a very easy layout which obviously looks cleaner.

“We also have a kiosk on site so we are hoping to maximize shopper’s experience and on the weekends we will have sausage sizzles so really creating a sense of community.”