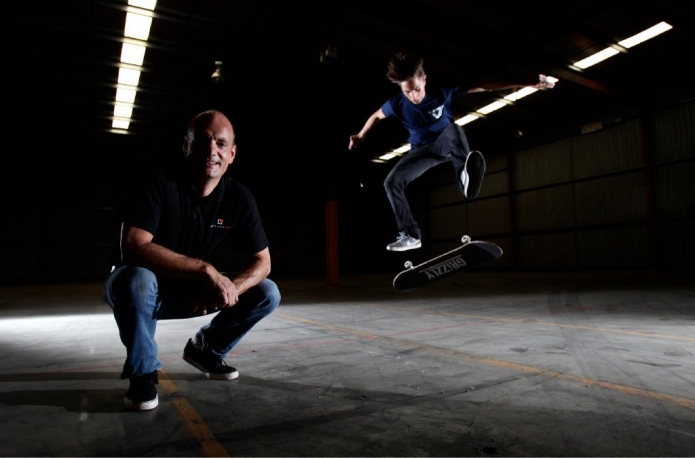 A $6 MILLION indoor skate plaza and youth precinct could be coming to Osborne Park as early as September if it is supported by the City of Stirling at its council meeting tonight.

The 14,000sq m facility called Stompbox is the brainchild of Richard Kettle, a former oil and gas worker who got the idea from filming his 16-year-old’s skating tricks.

“I was filming tricks for my kids at the skate park and started thinking about the possibilities of built-in video and multimedia integration, and the concept really took hold from there,” he said.

“The precinct will provide a fantastic array of opportunities for young people to express themselves but for me it is a focus on membership, development, maturity and self-governance that I hope has the biggest potential influence on our young people.”

Stirling’s planning and development committee recommended approval for the project proposed for the former Schweppes warehouse off Scarborough Beach Road, despite a shortfall of 46 parking bays.

Committee members believed the parking shortfall on site would not result in a parking problem for the area because of the hours of operation, nature of the business and the target market of 14 to 17-year-olds.

“Stompbox is a great opportunity for skateboarding in WA and Australia,” Mr Millar said.