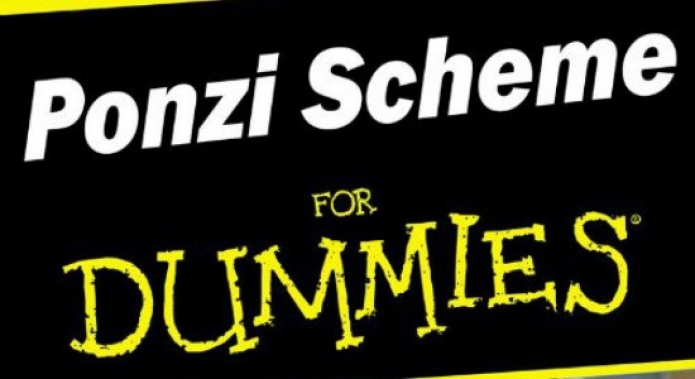 Business leaders, including a host of former Reserve Bank of Australia directors, are fiercely divided by proposals to limit negative gearing.

Prominent investor Peter Morgan has labelled negative gearing a "Ponzi scheme" and said it posed a risk to the financial system, while opponents of any change, such as Yellow Brick Road chairman Mark Bouris, warned that the policy's removal would kill the Australian housing market.

Negative gearing allows property investors to write off their interest bills and has encouraged significant investment in housing and a dramatic increase in debt. Household debt, as a ratio to disposable income in Australia, was 184.6 per cent as of the September quarter in 2015 and is among the highest in the developed world.

"At some stage negative gearing has got to go, not necessarily for the tax reasons, but for the leverage it's putting into the property market, which is dangerous to the whole [financial] system," said Mr Morgan, who for years was one of Australia's best-performing fund managers at Perpetual.

"It's got to be done carefully. You will get a run on the market if it's not. With low rates, low unemployment you can't have people buying three to four properties and not think about the sensitivity when things change."

Jillian Broadbent, a company director and former RBA board director, said there was "a disproportionate amount of individuals savings that go into the housing sector".

"If you were investing in some other asset and it was negatively geared you would be able to deduct the interest from the income. It's tricky. You don't want to make it unfair to invest in housing but because Australia has a disproportionate amount going into housing, it has to be reviewed."

Ms Broadbent, who is a Woolworths board director, said tax breaks on superannuation must also be part of an overall review of Australia's taxation system. "It's too generous to middle to upper income groups. They're the ones who get all the advantages out of it."

Another former RBA board director Warwick McKibbin shared Mr Morgan's concerns. "The question is do you want to avoid the problem now or do you want to wait until the thing just bursts?" He said individuals were highly leveraged in the property sector after taking on excessive debt because of an expectation of continual capital gains in house prices and the attractive tax incentives offered.

"Leveraging works in a period of low interest rates. But if your interest rate goes up or your growth rate goes down, then all the leverage problems come home to roost. Fortunately, we are growing and fortunately interest rates are low, but it's a very tenuous balance."

The RBA produced a paper in 2003 from research comparing overseas negative gearing schemes with Australia's policy and found such policies were much more limited overseas, and of a smaller scale.

A former RBA director, who asked not to be named, said "the problem that Australia has had with its particular form of negative gearing, which is far, far more generous to borrowers than in other countries, is it has made the rise in house prices greater than they would have otherwise have been".

Roger Corbett, a director of Wal-Mart and Mayne Pharma, called on the government to lift the GST but not to make chances to negative gearing or superannuation.

"My view of negative gearing is it's been a very positive generator to the growth of wealth of lots of middle-income people across Australia. Before you changed that, you would want to give very, very careful consideration of the impact upon the ability of middle Australians to build some wealth to provide for themselves in retirement.

"There are some provisions where it's taken to an excess and in a way that wasn't originally intended. Maybe there's an argument to look at that at the edges.

"This is squibbing the real debate in Australia. Our income as a nation at a government level is falling short for our need in expenditure in major ticket items like disability, education and health. I'm a strong believer in increasing the GST, which is a very efficient and fair tax."

He also said superannuation tax breaks should not be touched. "Our superannuation arrangements in Australia have been one of the driving forces in this economy. It's not an area to try and milk as governments have time and time again tried to do to meet a short-term budgetary problem for political reasons."

In 2012-13, Australian Tax Office data reported that 1.967 million individuals declared an interest in an investment property.

Debate has raged across the political divide about who benefits from negative gearing. A report by the Business Council of Australia in 2015 argued that the "use of negative gearing to buy property is fairly evenly spread across all income groups".

However, what has concerned some is that negative gearing is rising among individuals on low to middle incomes who would be most vulnerable to interest rate rises on investment properties.

"I think it's a terrible idea. Any change would rip the guts out of the economy and growth." He warned that grandfathering negative gearing would create an "us versus them" divide in the community. "Some will have the right to claim the tax break, others won't."

Don Argus, former chairman of BHP Billiton and former NAB chief executive, said proposals to roll back negative gearing had to be treated with caution given the potential consequences.

"I'd want to know the consequences on the construction industry. You've also got a lot of first-home buyers that are highly leveraged – banks have lent them money, in some instances, I'm sure on silly terms. What if you get an asset depreciation and all of a sudden banks are going to take further provisioning."

Still, Mr Morgan is concerned that negative gearing that has been in place for decades is "building a Ponzi scheme".

"At some stage, whether it's in five or 10 years, it's got be fixed. You can't have that leverage building in the system," he said. "At the bottom of it all is an illiquid asset such as property. When it goes seller no buyer, the leverage on the downside is greater particularly in the investment market."

He said the downside in the housing market would also be exaggerated across the economy as banking stocks constitute the biggest sector of the Australian Securities Exchange and are in most Australians superannuation portfolios.

Mr Morgan called on the Reserve Bank of Australia and the Australian Prudential Regulation Authority to be more transparent about how Australia's financial system is positioned should interest rates or unemployment rise and also provide a response to the Labor Party's policy proposal to roll back negative gearing, which has sparked intense political and community debate.