Pool of support for plans. 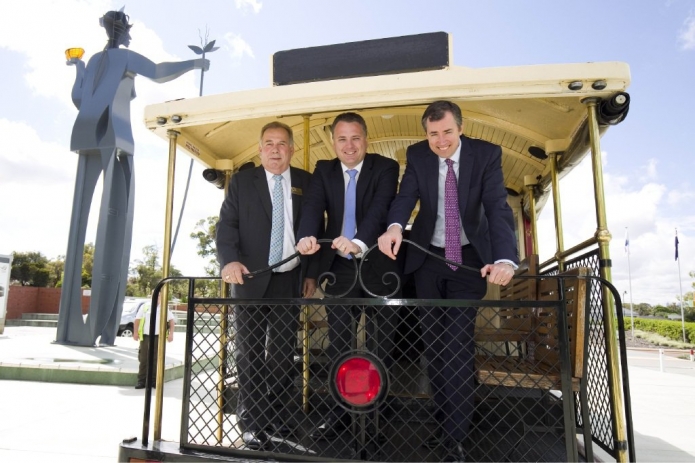 The visit follows on from Deputy Prime Minister Warren Truss’ tour of the City in October last year to discuss details of the proposed $16 billion Stirling City Centre Project and Scarborough Revitalisation Plan.

Cr Italiano and chief executive Stuart Jardine are seeking $10 million in funding towards the $26 million cost of the proposed 50m Scarborough Beach Pool, under the National Stronger Regions Fund.

The program provides funding of $1 billion over five years to fund infrastructure that will deliver economic benefit in regional communities beyond construction.

Mr Keenan said both projects had the opportunity to boost economic growth in the area and he supported the City’s application for the funding.

“The Beach Pool is a key project in Scarborough’s Revitalisation Master Plan which is set to enhance new and existing tourism products, experiences and infrastructure to help grow the visitor market and increase visitor expenditure,” Mr Keenan said.

“The Coalition Government has an action strategy to grow the economy and both projects have tremendous opportunity to do so by creating local jobs, easing congestion and increasing tourism.”

Mr Briggs said he looked forward to working with Mr Keenan and the City of Stirling to progress opportunities.

Funding for the current round of the National Stronger Regions Fund will be awarded in December 2015.