Osborne Park is most affordable suburb near Perth CBD 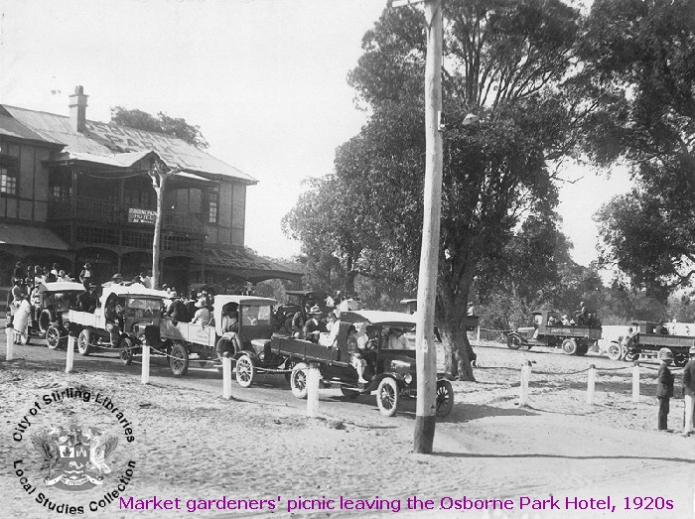 Osborne Park was named after William Osborne, a butcher who owned an abattoir and land along the Wanneroo Road, and who was elected to the Perth Road Board in 1875. Osborne's land was subdivided in 1905 for market gardens and dairies, but the area today is largely industrial. [Landgate History of Suburb Name]

IT is well-known for housing every large retailer imaginable, and now Obsorne Park has been named Perth’s most affordable inner-city suburb.

The City of Stirling industrial and residential area about 7km from Perth topped a list of the most affordable suburbs within 10km and 20km of the Perth CBD.

Osborne Park, which is about halfway between the city and Scarborough Beach, has a median house price of $436,000, the study of house prices close to Perth found.

Neighbouring Westminster, Nollamara, Glendalough and Tuart Hill also made the list in the report by Aussie Home Loans and CoreLogic RP Data, which found that the City of Stirling had nine of the top 20 affordable suburbs within 10km of Perth.

Osborne Park was also ranked 17th in the list of suburbs within 20km of the CBD.

The most affordable suburb for apartments within 10km of the CBD was Glendalough, about 5km from the city, which has a median value of $335,000.

Farther afield, Koongamia was the most affordable suburb for houses within 20km of the city, with an average price of $375,000.

Aussie Loans chairman John Symond said young people preferred to be closer to the CBD even if it meant renting for longer or buying a smaller home.

“They want to be near their work because predominantly they work in the city and they want to be close to the cool restaurants and the bars,” Mr Symond said.

“We are seeing a trend in which young people with $50,000 or $100,000 refuse to live in outer areas. They’d rather invest their money in the stock market and rent near the CBD and alternatively some of them are buying investment properties in areas where they would not live themselves, renting it out.

“At least they have their foot in the real estate door while renting because they want to live near the CBD.”