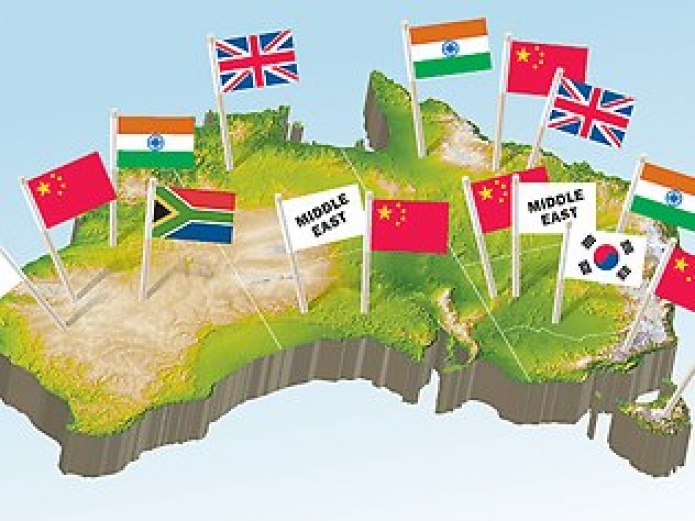 ENSURING young people aren't priced out of the housing market and keeping agricultural assets Australian has prompted the prime minister to order a review of foreign investment rules.

TONY Abbott in a speech to the National Press Club on Monday said that Australians were "anxious" about the country's economic sovereignty.

While he was a "friend of foreign investment" it had to be done in a way that benefited Australia.

"The government will shortly put in place better scrutiny and reporting of foreign purchases of agricultural land," Mr Abbott said.

"And better enforcement of the rules against foreign purchases of existing homes so that young people are not priced out of the market."

It is understood cabinet will consider the issue in the next few weeks.

A parliamentary inquiry report published in November found not one government sale of illegally acquired property had gone ahead since 2006, compared with 17 divestment orders from 2003 to 2007.

Non-resident foreign investors are banned from purchasing an existing home.

Temporary residents on visas of more than 12 months can purchase just one existing home to live in while they are resident in Australia, but must sell this home on their visa expiring.

All purchases, whether new or existing homes, are required to be pre-screened by the Foreign Investment Review Board.

In the first nine months of this financial year, the Foreign Investment Review Board (FIRB) approved foreign investment into residential property of around $24.8 billion - mostly in Melbourne and Sydney.

The government is considering a national register of land title transfers recording the citizenship and residency status of all purchases, and better information sharing between the immigration department and the FIRB.

Government MPs have sought greater transparency of agricultural land and agribusiness purchases by the FIRB, tax office and Australian Competition and Consumer Commission, a lower trigger for FIRB approval and tighter definition of the "national interest".