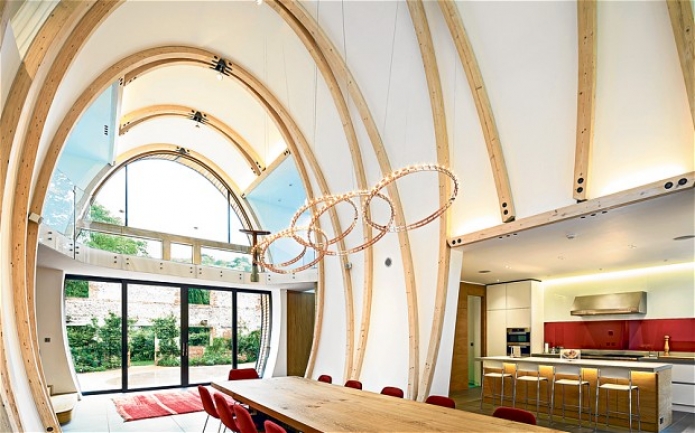 SO you've tuned into The Block, or House Rules, and you're feeling inspired to knock down walls and rip out the old kitchen.

Most homeowners - 80 per cent - don't recalculate the value of their home after giving their place a makeover, according to a recent survey of 1,000 Australians for Woolworths Insurance.

The survey found that just 18 per cent of owners had their renovations valued by a professional and increased their insurance cover to match.

"Australia is a land of home improvements," says Campbell Fuller from the Insurance Council of Australia, the peak body for insurance companies.

"But the impact that a renovation may have on insurance cover is not top of mind ... it's not something that many households would consider."

Mr Fuller says it's important to reassess the value of your home before you reinsure each year - unless you're willing to take on more risk.

He said a recent survey showed eight in 10 homeowners and renters believed they were underinsured for their home and contents, with some people choosing to understate the value of their home.

"You don't know that you're underinsured until your property is actually gone, that's the only way of assessing, and this is the awkward thing," Mr Fuller says.

"Building costs are ahead of inflation - there's changes in costs of building materials, demolition, labour of building services.

"But even if you're just talking about inflation, that would add roughly 2.5 per cent just on the base costs alone each year, so if you haven't looked at your sum insured for two years, you could be 10 per cent or more out on how much it would cost to rebuild."

HOW TO MAKE SURE YOUR HOME IS COVERED:

* Re-evaluate your contents insurance as well as home insurance, if you refurnish after renovating, Mr Fuller says.

"When you complete a renovation, you'll often spend money on new contents," he says.

"You'll invest in new furniture, new lounges, new carpets, new devices, so you may also need to update your contents policy as well."

* Get advice on what your home is worth.

There are many free calculators online to help you evaluate what your renovations will be worth, and what insurance coverage you'll need.

Alternatively, you can ask a builder or professional valuer to give you an estimate, Mr Fuller says.

* Talk to your local council.

Planning rules could affect the cost of rebuilding, especially if you live in a natural disaster zone, Mr Fuller says.

"If you live in a bushfire prone area for example, council might require you to design the property in a way that would make it more resilient to bushfires and that can substantially increase the cost of a rebuild," he says.