Perth destined to become the next Melbourne. 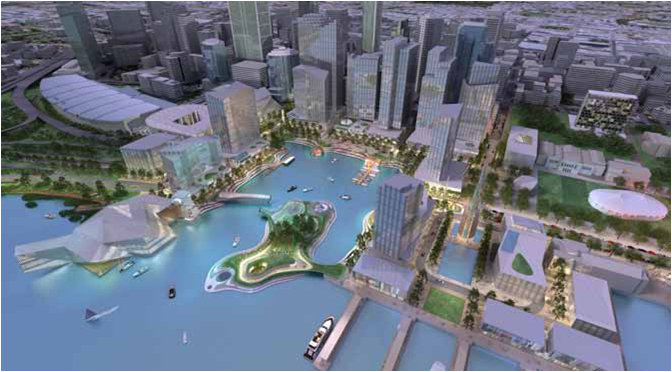 Gazing into a crystal ball may not seem the best way to spend your time, but we all – especially government and business – need to think about what our potential futures may be and act in ways that help us to achieve them – avoiding the mistakes of a future that no-one wants.

A recent report by CoreLogic looked at changes in the property market across the nation over the last 25 years.

There were some interesting take-outs from the report, including that since 1993 Perth was the third best property market after Sydney and Melbourne, with an annual price growth rate of 6.7 per cent for houses and 6 per cent for units.

What struck me most related to the future of Perth given where it currently sits – at a population of more than 2.1 million people and Australia’s fourth largest city.

In a 2018 report, infrastructure Australia modelled multiple scenarios and forecast Perth to overtake Brisbane by 2046, becoming the nation’s third largest city, with a projected population of 4.3 million. This number resembles the current population of Melbourne and is a number that throws up real questions about what a Perth the size of Melbourne would be like.

A key indicator from the CoreLogic report was the growth in apartment sales as an overall percentage of housing stock sales. This provides a good measure of the increase in housing stock available in the market.

In Perth, the increase was in the order of a little over 17 per cent to 18.9 per cent. That’s a modest increase that reflects a city which has only recently starting to fully embrace the benefits of co-locating living, work and amenity.

In Melbourne over the same period of time, the number of apartment sales increased 36.6 per cent. In Sydney, the increase was 44 per cent.

No doubt there are a range of factors at play, but an important correlation is that as a large-scale city grows, it grows upwards faster and not just outwards.

Perth has seen changes in planning that recognises this, and forward-thinking state and local governments are seeking to catalyse mixed-use apartment developments where the benefits can be best achieved, close to existing good transport, infrastructure and in high-amenity locations.

Clearly then, as Perth grows to a similar scale as Melbourne, apartment living will become a substantial component of our housing stock.

Currently, the large numbers of first homebuyers entering the wider market has been particularly experienced by apartment developers. With the increasing number of downsizers also looking for alternatives to retirement living, you can see Perth is seeing a progressive change in housing preference.

So, the next time you gaze into your crystal ball, you may well see, like a growing number of people, apartment living as a part of your bright future.