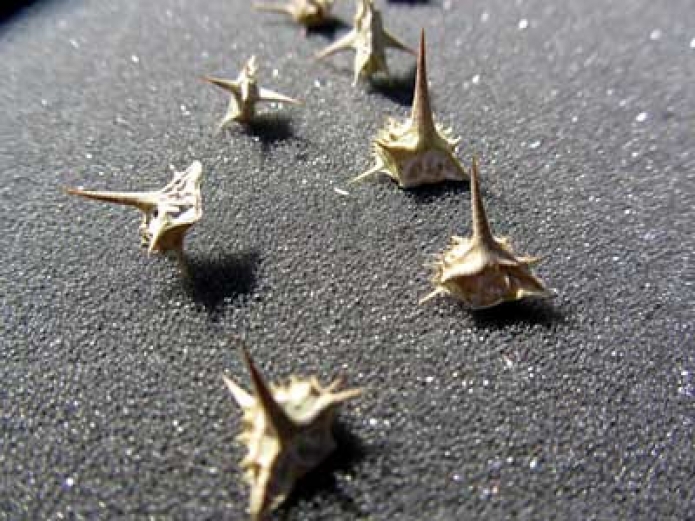 With long, wiry and rapidly growing stems, pest plant caltrop can grow up to 1m along the ground and has clusters of burrs with four sharp spines.

Cyclist Michael Norman said he was left stranded one night on an Osborne Park cycle path when caltrop punctured both tyres.

“I was riding home at 8.30 at night and it was really dark so I was stranded; and like most cyclists I only carry one spare tyre tube,” he said.

“I’ve been pulling caltrop out myself when I see it, but I’ve found most people haven’t heard of the stuff.

“Sometimes, you have to roll the plants up like a carpet they get so big and seeds can survive for up to 12 years.”

Mr Norman is calling on Stirling residents to report caltrop infestations to the council and remove them from private land.

“The edges along the paths are sprayed in winter and that creates a bare area, which is just perfect for caltrop in summer because it won’t grow among other plants and weeds,” he said.

“If I see one or two plants, I’ll remove them, but if I see many of them I’ll advise the local government,” he said.

“It is also very painful for dogs if the spines get stuck in their paws.”

Mr Norman said he had found caltrop in 19 locations along the shared cycle path from Sorrento to the Perth CBD.

“In my experience caltrop is far more effective in puncturing bicycle tyres than broken glass,” he said.

“Generally this weed is not active until temperatures reach 30C, from October to April each year,” he said.

Mr Spragg said the city used a number of methods to control infestations of the weed, including vacuuming areas to remove seed stock, herbicide spraying, hand removal and hydro-mulching.

“Where caltrop is reported or located on private property, the city will notify the owners and request the removal of the infestation under the city’s pest plant local law,” he said.

“Residents who receive a notification to remove caltrop are provided with treatment options and offered a free caltrop removal kit.”