Property investors should not be so negative, but look to positively geared property instead 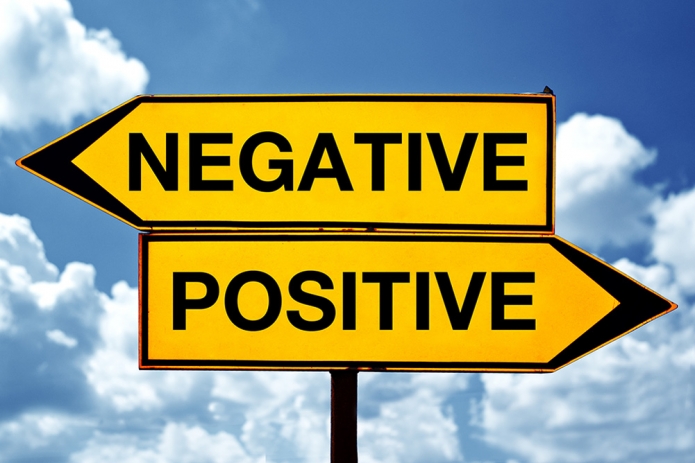 IT IS the tax break that could define a Federal Election, but some property industry insiders say truly savvy investors aren’t focusing on negative gearing.

Instead, many are taking a more positive approach. Those investors hoping to stay financially safe while building wealth though property portfolios are using positive gearing as a tactic.

Just like you wouldn’t run a small business at a loss, experts who live and breathe residential real estate investment say a portfolio built on negative gearing is no way to climb the property ladder either.

“Positively geared properties are hard to find in areas where property prices are high compared to rents, so it suits someone who has time to select the right property,” she said.

With the bulk of Australian property investors being city-based residents, most are tempted to buy in metropolitan areas they know well, but Ms Hassan said those seeking positively geared investments needed to look further afield.

“For investors who don’t mind slower long term growth, a positively geared property is often located in regional areas (rather than capital cities) where capital growth is generally slower,” she said.

Michael Xia, 31, took that tack when he started building his own property portfolio. Although the first two homes he bought were in northern Sydney where he grew up, Mr Xia’s third and subsequent property purchases were mostly located in regional areas where positive gearing is more achievable.

More than a decade and 14 properties later, Mr Xia has quit his day job in online marketing and launched his own mortgage broking business, Mortgage Channel, where he encourages other investors to concentrate on positive gearing.

“I actually think negative gearing is really dangerous and ultimately it’s a losing strategy. Who in their right mind will go into business knowing they’ll lose money?” he said.

“People who are negative gearing are hoping to gain a lot through capital growth, but capital growth by definition is speculation. No one knows what Sydney will do within the next six to 12 months, or Melbourne, or Brisbane for that matter. So you’re just gambling with the future. And I think as an investor you need to speculate less and invest more.”

“There’s a difference between being an investor and being a speculator. An investor doesn’t go to the casino and put everything on red or black whereas a speculator at times does,” he said.

“They rely on the growth from this one going to fund the growth on the next one. They say ‘I’ll borrow any growth out of the portfolio to service any short fall’ and it just becomes this spiral of credit that’s funding the portfolio and that’s a pretty white knuckle ride, I don’t recommend that to anyone.

“I always say growth is what you get out of the market and rent is what keeps you in the market.

“It’s got to be conservative, it’s got to come back to cashflow, how much cashflow do you have at the end of the month? That’s the first question I ask a client, because that’s going to determine what we buy them.”

SO WHAT IS POSITIVE GEARING?

Put simply, it’s really the opposite to negatively gearing. Whereas a negatively geared property is an investment that actually leaves the property owner in debt at the end of the financial year (albeit with a Federal Government tax break in hand) positively gearing a property investment means the owner is left with a profit in their pocket.

Positively geared properties are actually giving the property owner an income stream, so at the end of each week, month, or year, the owner has money left over that they can reinvest into that existing mortgage, or put towards a portfolio, save or just spend.

The Labor Party is heading into the July 2 election with the promise of reforming negative gearing in order to “put the Australian dream of home ownership back within the reach of middle and working class Australians” according to the ALP’s website.

Opposition Leader Bill Shorten’s policy is to limit negative gearing to new housing from July 1, 2017 however, all investments made before that date would not be affected by the change.

As for it being a huge election issue, Mr Holdaway said the reality of how most investors used negative gearing had been misunderstood.

“What’s always forgotten in these arguments is that properties are only negatively geared in the early part and then they moved to break even. And with interest rates being so low they move to break even pretty quickly, then they go positive,” he said.

It’s at this moment, Mr Holdaway said, that the government is then making money out of Australia’s passion for property investing.

“When these properties do turn positive, then they’re positive to the tax payer. Investors have got to pay tax on it, but in the early accumulation phase there is a tax advantage to help them get ahead,” he said.

“I mean that’s the whole reason we do it in the first place, then it actually adds to the government’s tax collection profits. No one talks about that, they only talk about the headlines around negative gearing squeezing people out.

“The majority of the people that I see in our business are middle Australians, not rich CEOs. Really, the portfolio’s goal is to go positive as quickly as possible, no one wants to make a loss forever.”

And neither did Mr Xia, especially considering he was walking away from his career.

“I know that personally I would never have left my day job if I’d had a negatively geared portfolio, it would have been too much of a risk. If my mortgage broking business didn’t take off then what would have happened to my portfolio?” he said.

The best candidates for positive gearing are those people who want to get into property investing, but don’t have excess income to service extra mortgage repayments.

The tactic is considered an almost “set and forget” type of property investing as the homes tend to pay for themselves.

Ms Hassan said the real bonus with positive gearing was the income stream that turns into a safety net.

“Cash-flow positive properties can help subsidise personal income if the owner was to lose their job or have a change in circumstances such as a marriage breakup,” she said.

“Surplus funds generated from a positively geared property is a passive income stream that could help with living costs.

“If expenses such as insurance, rates, body corporate fees and water bills don’t have to be funded from other income — that keeps a lot of money in the investor’s pocket each year.”

“Also, the extra income can increase your attractiveness to lenders for additional loans.”

Mr Xia said it the positive approach beat out the negative route almost every time.

“Negative gearing traps you in a kind of rat wheel race because if you’re not creating an income and you can’t service those mortgages then you can’t really escape. If you go down the positive gearing path then it won’t happen over night, but over time you can escape that because you’ve got a recurring source of income,” he said.

“Let’s say you’ve got an average Australian earning about $80,000 a year and they go and buy one or two investment properties. My fear for those people is if they lose their job, if they’re negatively geared they’re going to lose their portfolio.

“If they’re forced to sell at the wrong time, that’s when they crystallise the losses. But if they’re positively geared and they’re not taking money out of their pocket then even if they lose a job the portfolio is all there.”