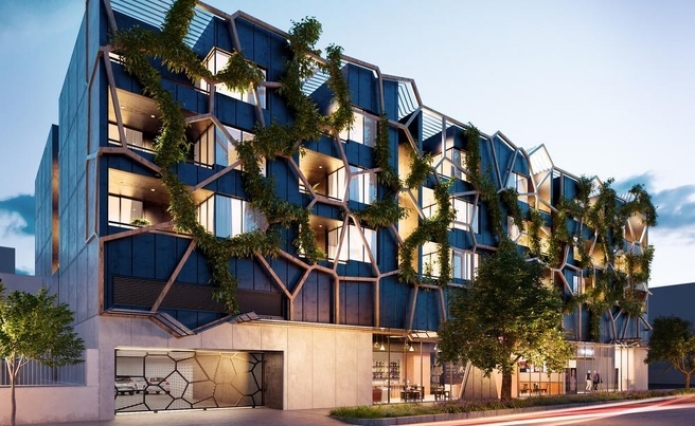 Street appeal matters as much for apartment complexes as single homes, with a facade potentially affecting initial sales through to resale value.

With plenty of choice in the current Perth apartment market, it can be a complex’s facade that sets it apart.

“We believe first impressions are incredibly important and when potential property owners respond to a property’s facade it is hard for them to forget it,” Match parent company M/Group managing director Lloyd Clark said.

“Creating a compelling facade is about setting the scene for the rest of the environment. Match deliberately makes particularly strong and bold statements with its developments because we believe it adds depth to each project and the market responds extremely well to this approach.

“A stunning facade sets the tone and expectation for beautiful and complementary interiors. The combination adds value to the properties and increases capital potential.”

According to Georgiou Developments executive director Jon Smeulders, an apartment complex needs to pay attention to its surroundings and provide a sense of identity.

The facade of Baltinas Made’s Camilla Residences in West Perth will feature bronze screens that move with the breezes.

Mr Clark said in the case of Match’s heritage work, including the restoration of Heirloom in Fremantle, the cost of restoring heritage fabric might be higher but the inherent value of securing a unique and limited piece of history that cannot be emulated or duplicated was priceless.

“This inherent value is passed on through resale and will never date,” he said.

“There is a wider choice so people select the projects that have invested in good design,” Mr Blackburne said.

Psaros design director Justin Hatch said while it was essential a facade was aesthetically appealing, liveability was most important to buyers.

“The look and feel of a development are critical for resale and the facade plays a major role,” he said.

“However, facade is one element and other key factors need to be taken into account such as location, developer and builder reputation.

“And an element which is key factor for our company — sustainability — a futureproofed development will achieve higher resale value.”