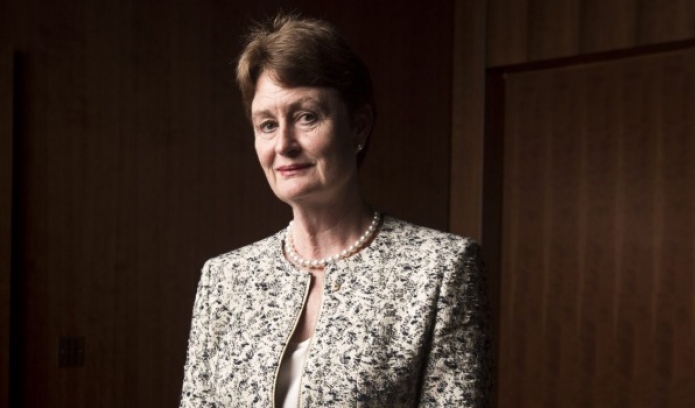 Big business has proposed a more modest plan to fund company and personal income taxes using changes to negative gearing, tax deductions and superannuation tax concessions after conceding that the push to increase the rate and base of the GST was dead for at least a decade.

Releasing its three-stage interim tax policy on Tuesday, the Business Council of Australia refused to raise the white flag on the need for wholesale reform and spending cuts.

President Catherine Livingstone said a more competitive company tax rate was "non-negotiable" because it would generate the greatest growth dividend and she lamented the lack of risk-taking in politics required to do the "right thing" by the country.

"For the last 10 years we have emerged from federal elections with governments that have no meaningful mandate for structural reforms, in tax, on workplace relations, in regulation or in fiscal policy," Ms Livingstone told a lunch in Sydney.

The immediate priority remains easing the overreliance on personal and company income taxes and the funding proposals are more comprehensive than the Turnbull government is considering and have more in common with Labor's policies.

With the Turnbull government in the midst of downsizing its tax plans, the Business Council proposed a three-stage plan that would immediately cut the 30 per cent company tax rate for all businesses to the current small-business rate of 28.5 per cent, and then drop it to 25 per cent by 2020 and 22 per cent by 2025, which would be worth an extra $9 billion a year to the economy.

The Business Council's tax policy paper says renewed consideration to changing the rate and base of the GST, which was its preferred method for funding tax changes, should come in 2025.

"If the GST is not an option in the medium term, we need to find another path through, and thus we would support a pragmatic approach based on three [stages]," Ms Livingstone said.

The group proposes looking at negative gearing, super, trading away tax deductions and paring back the capital gains tax discount on investments from 50 per cent to 40 per cent as ways to fund the changes in the short term.

The capital gains tax change would be the first step "towards more consistent concessional taxation of other forms of savings income", it says, arguing that different tax rates on different forms of savings skew investment decisions.

It calls for a harmonisation of state taxes and for state governments to consider the ACT model of phasing down stamp duties in return for a land tax levied on top of rates.

On superannuation, the government is looking at changes to tax concessions in the accumulation phase. Labor has proposed a 15 per cent tax on earnings in retirement on each dollar more than $75,000. The first $75,000 would stay tax free.

"It is widely agreed that taxing superannuation income in the retirement phase only [at the personal income tax rate] and exempting contributions and earnings is the ideal approach, as it achieves neutrality between current and future consumption," the BCA says.

It says there needs to be "reasonable limits on the total balance of superannuation accrued through concessions".

"The tax system should facilitate superannuation balances large enough to provide for comfortable living standards during retirement, not large-scale wealth accumulation," it says.

On negative gearing the government is divided, while Labor has promised to limit all new negative gearing after July1, 2017, to new homes only and to cut the capital gains tax exemption to 25 per cent.

The BCA recommends a 40 per cent capital gains tax rate to be done in conjunction with negative gearing changes but says problems exist with all models. It says Labor's plan would drive up the price of new dwellings in the short term and cause the prices of existing stock to fall. The government's now-abandoned proposal to cap the annual deductions allowed using negative gearing would encourage the wealthy to shift to other asset classes and "reduce the scope for revenue gains".

The BCA recommends a system where real estate investors can deduct interest and property expenses against only rental income, not wages. Losses would be carried forward to reduce taxable capital gains when assets are sold.

This approach echoes parts of the policy being advanced by Labor, whose policy would quarantine losses from existing properties against investment income. These losses can be carried forward to offset the final capital gain on the investment.

The paper also suggests measures to stop the over-claiming of work-related deductions could save between $1.4 billion and $2.1 billion a year.

"To be blunt, if we don't make comprehensive changes to our tax system, as well as other actions to grow the economy, we will go backwards as a country. We need to be honest with the Australian public about this – living standards will be and already are being seriously compromised," the paper says.

"For as long as the tax debate is merely a daily commentary on individual tax measures we risk losing sight of the core objective, which is to underpin a transitioning economy," she said.