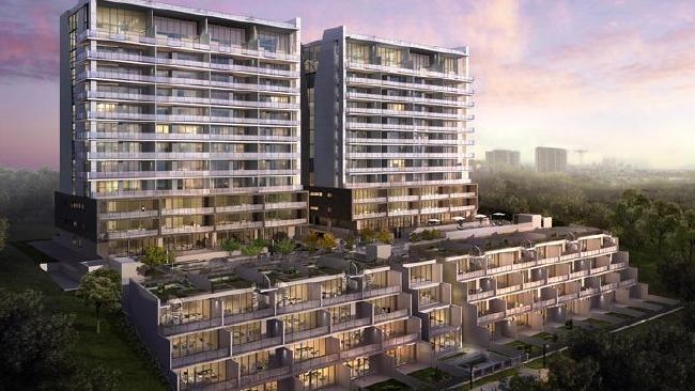 DEVELOPERS have pulled the plug on Perth apartment projects worth hundreds of millions of dollars after they failed to get enough pre-sales to start construction.

At least four big developments representing 500 apartments and a completion value of more than $300 million have collapsed in recent months, The Sunday Times can reveal.

The 168 luxury apartments proposed as part of the Park on Swan development, one of several in Perth that will no longer go ahead.

It comes as developers have become so desperate to secure sales that incentives on offer include $1000 deposits, “living deals” where buyers get their Wi-Fi, strata fees, water, electricity and council bills paid for two years and “guaranteed rent” bonuses for investors.

Limnios Property Group confirmed this week that ­deposits were being refunded on its $160 million, 168-unit Park on Swan project in Rivervale and their $55 million, 91-unit Tenth & Beaufort project in Inglewood.

Launched in 2013 by Limnios for a group of private Asian investors, Park on Swan was meant to complete this year.

The vision: Park on Swan

The reality: the Rivervale site

Former selling agent James Limnios said: “My honest opinion about the apartment market is that everything is about price. And if you don’t price things accordingly you won’t get them sold.”

Asked if that meant his developments were not priced correctly, he added: “Anything that is not selling at the market price at the moment probably needs to have its price reviewed. At the time they were originally priced they could have represented the value, based on precedent, but then as time goes on and supply increases, things change.”

Mr Limnios said buyers were holding back because they “follow what is being written in the media and get spooked ­easily”.

He said all that was needed was a “little bit of stability both politically and economically” for the market to turn.

“You’ll see the herd run. And when they run, it runs hard and they pay for it,” he said.

The site of the unrealised Inglewood apartment project.

Tenth & Beaufort was marketed on behalf of Westbridge Property Group and was meant to start construction last year, but Limnios managing director Irene Limnios described the market as a “shocker”.

She said new designs were being considered for both sites but could not confirm when they would be launched.

The $30 million, 77-apartment Spectrum building on Newcastle St, West Perth has also been cancelled. Developer Mermaid Towers, which had been selling the apartments for two years, was placed into liquidation in August, according to ASIC documents.

And in Burswood, Avalon West’s $80 million, 146-unit Hawthorne Green development was stalled late 2015. It was meant to complete this year. According to ASIC documents, Avalon West was placed into voluntary liquidation on February 15. SKS Group has bought the site and relaunched the project with new prices and designs.

2 Hawthorne Place, Burswood remains in limbo after the original developers pulled out.

“I don’t believe there is a significant imbalance in the apartment market, it’s just that buyers are more discerning about what they’re purchasing,” Mr Enslin said.

He predicted the market would recover by 2017.

“Instead of four or five developments in a given area, each achieving enough sales to go ahead, we were seeing applications or developer plans for eight or nine, which only served to dilute the interest in each project and make any development less viable,” he said.