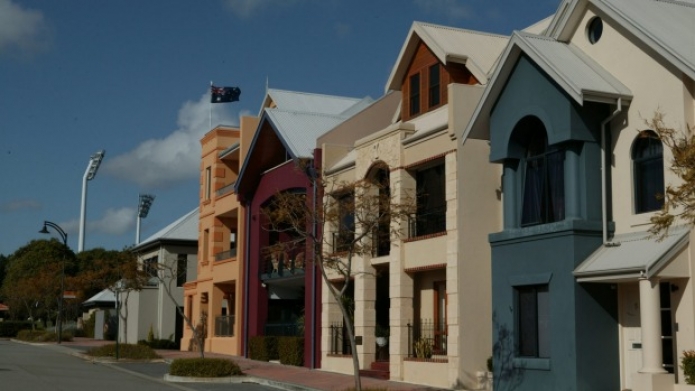 Perth house prices are likely to fall by three to five per cent this year as the mining dependent economy teeters on the verge of recession.

NAB chief economist Alan Oster said there was a potentially negative risk to the bank's forecast of a three per cent fall in house and unit prices in Perth in 2016 due to high unemployment, but the chances of double digit house price falls was low.

"What we're seeing is signs that Western Australia has hung on for a while and now in our surveys etc, generally it says to us that the west is starting to turn down a bit more," Mr Oster said.

"To the extent that the West Australian economy underperforms relative to our expectations there is a downside risk on house prices."

"If you're just looking at domestic demand it's close," he said.

"Western Australia is the weakest performing state at present."

Mr Oster added that when looking at gross domestic product (GDP) in Western Australia, the economy could not technically be classed as being in recession because of the large volumes of iron ore and LNG expected to be exported overseas.

This month's company reporting season is likely to paint a clearer picture of the state's resources sector and the effect belt tightening is having on the local economy.

"If I had to bet which way it might go I'd say there's probably some downside risk in Western Australia because of what we're seeing in the economy as unemployment keeps going up," he said.

"We're not talking 20 to 30 per cent house price falls, we're talking three to five per cent falls for the 12 months ahead," he said.

The Perth apartment market would continue to weaken, with demand being the main issue rather than overbuilding.