Did WA squander the mining boom? 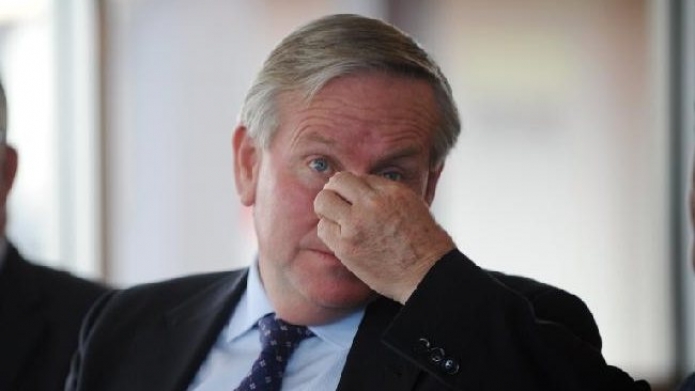 IT HAS been billed as a once in lifetime boom, one that brought unprecedented riches to the ‘wild west’. But what has Western Australia actually got to show for the mining boom?

For many years, WA was long been regarded as the poor, long-distance cousin, the one you saw at family get-togethers but never really paid much attention to.

Then a decade ago, everyone (mainly China) wanted a piece of this very large part of Australia.

WA was suddenly prosperous. Not only could you live in a state with endless pristine beaches and summer almost six months of the year, you could also earn money — lots of money.

Those lucky enough to enjoy the spoils of the boom were able to spend big, including the state government.

Last financial year, the resources sector contributed $78 billion to the Australian economy with around $4.4 billion of that, on average, remaining in WA.

New hospitals, light rail, better roads and, above all, a train line to the airport were a few of the political promises finally on the cards.

And there were extras. A new sports stadium and the redevelopment of the Swan River foreshore in the form of Elizabeth Quay.

But then the boom stopped and the money pit began to dry up.

Demand for commodities, mostly iron ore, waned, due largely to a slowdown in the Chinese economy.

This led to a major shortfall in expected revenue for the WA Coalition-led government which had based future spending on the income it expected to derive from iron ore when prices were at their peak.

State debt was high and the billions Premier Colin Barnett’s government expected to get back in mining royalties was no longer coming.

The rising debt and loss of mining revenue resulted in WA being stripped of its AAA+ credit rating by agency Standard and Poor two years ago. And up until a few months ago the state was dangerously close to losing its AA+ rating.

Those in the business community were worried that if the government didn’t tighten its belt, the economy could fall into recession.

“Our view was certainly concern at the rapid increase, particularly in recurrent spending and certainly the government was able to foresee and indeed was predicting the fall in GST as the grants commission process kicked in,” Deidre Willmott, chief executive of the WA Chamber of Commerce told news.com.au.

“I think the fall in commodities prices certainly caught the government by surprise in 2014 by the time the state budget was handed down.

“It was based on assumed average price of iron ore of $122. Everybody in the industry knew it would not hit $122 again in the foreseeable future. Everybody knew by the time of the budget that assumption was not going to be reliable. But in terms of criticism. The criticism was certainly over a lack of discipline, not so much on the part of the (former) treasurer but on the part of the systems and controls across government.

“They (the government) have now reigned in the spending growth. It was 2.2 per cent last year which is pretty much in line with inflation. That was a disciplined outcome. The challenge for the government will now be to make sure that discipline is applying equally across government.”

This reigning in has meant re-prioritising projects and a ‘fire-sale’ of government assets to prop up the lost revenue from mining royalties as well as the loss of a bigger share of the GST.

The Barnett Government is hoping to raise around $7 billion from the sales of a number of key sites including the Utah Point bulk facility in Port Hedland, the Perth Market Authority, the Fremantle ports and Claremont Police Station.

The Premier also recently announced it has decided to shelve its MAX light railproject as well as other infrastructure projects to save money.

It will still go ahead with a train line to the airport (at an estimated cost of $2.2bn) but it won’t be finished until 2020.

Peter Newman, professor of sustainability at Curtin University, told PerthNow a light rail system for Perth would have been a better option to tackle Perth’s congestion problems than the airport project.

“If I put my rational hat on it (airport link) is not the most obvious thing to do next,” he said.

“Unquestionably light rail should have proceeded next. But in the world of politics you do what you have to, to win elections.”

Prominent WA businessman John Poynton says West Aussies should be more concerned with what the state government has spent the mining boom on, rather than what it has not.

Mr Poynton, who is director of Azure Capital, said while he did not think there was a lot of room for the government to move at present, he and a number of others in the business community were concerned about WA’s finances and the outlook over the next five years.

“When Eric Ripper handed over the treasury to Colin Barnett, I think the state had about three to four billion dollars worth of debt,” Mr Poynton said. “By all accounts we are going to have about $35 billion by the time of the next election in March 2017.

“I just wonder where the $31 billion worth of debt has gone? What has it purchased?

“On my reckoning I don’t think we have ended up with an additional $30 billion worth of infrastructure and built assets.

“Yes the government had to spend a lot of money on roads and other infrastructure but it seems to not only have spent whatever surplus it had, but it has also borrowed a lot of money.

“Now we go into a much more difficult time. We don’t have the capacity to continue to spend money on infrastructure without tipping the balance sheet into dangerous territory. I think that is the problem.”

So has the Barnett Government squandered the boom?

Dr Ian Cook, senior lecturer in Australian politics from Murdoch University in WA, told news.com.au he thought it was a “bit unfair” to single out Colin Barnett’s government for the current financial situation WA was in.

He said previous Labor governments had “created conditions” that led to it by undercharging for government services such as electricity, gas and water. (Utility prices have increased substantially in WA since the Coalition came to power).

But, he said, it was responsible for not foreseeing commodity prices would fall, and therefore project income would be less.

“To an extent my sense is that we have lived off the mining boom, haven’t really saved money or invested money as carefully as we might have done to provide for the long term going forward,” he said. “And no doubt this was foreseeable. The iron ore prices were never going to stay at the levels they were at.

“There’s no doubt governments were pretty weak in convincing the public that changes needed to be introduced and to take money out of the economy to hold it back for that downturn.

“They weren’t willing to get to the people to explain to them the difficulties. They just offered them policies that were basically funded by an unsustainable source.

“There is a big conversation about what governments do with money that just didn’t happen.

“No one wanted to talk about it because politically it had costs.”