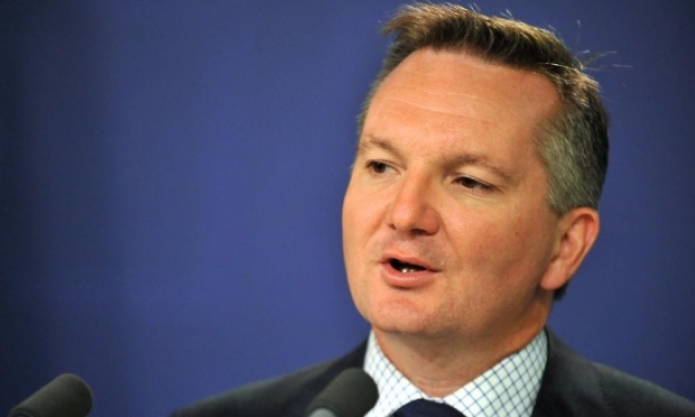 The shadow treasurer, Chris Bowen, has hinted negative gearing could be within Labor’s sights for further budget savings, after the party outlined policies to deliver $20bn to the budget bottom line over the next 10 years.

In an address to the National Press Club on Wednesday, Bowen argued Labor’s announcement of plans to wind back superannuation tax concessions for higher-income earners showed the opposition would be upfront with voters about its budget plans well in advance of the election due in 2016.

And with three weeks until the Coalition government delivers its second budget, Bowen laid out some markers on fiscal policy, saying Labor would commit to more savings than new spending over the next decade.

Bowen conceded this would require difficult decisions but said his party would be guided by fairness, which he defined as “everybody making a contribution which is relevant to their abilities [to pay]”.

Labor’s superannuation changes and a previous policy on multinational tax avoidance have been assessed by the parliamentary budget office as raising about $20bn over a decade.

“Clearly, with the size of the fiscal task, there is more work to be done,” Bowen said.

He issued some cautious signals about potential changes to negative gearing, the practice that allows property investors to claim their financial losses as a deduction against their other taxable income.

“I have said previously that it would be irresponsible to rule out going to the next election with changes to, for example, negative gearing,” he said.

Bowen said he did not envisage either side of politics “abolishing negative gearing in its entirety” – a sign that Labor’s policy would be a case of tweaking rather than a major overhaul. The prime minister, Tony Abbott, has ruled out such changes.

The shadow treasurer said Labor was working on a housing affordability strategy and his comments were outlining “some principles that we will consider as we consider further policy development”.

The centrepiece of Bowen’s speech to the National Press Club in Canberra was the plan to improve the budget bottom line by $14.3bn over the next decade through changes to superannuation tax concessions, although the key details of the policy were announced in advance.

The measures include the removal of tax-free status for annual earnings above $75,000 from superannuation accounts in the pension phase. Income above this threshold would attract tax of 15%, which Labor said was still a concessional rate compared to marginal income tax rates.

The party has suggested 60,000 people with more than $1.5m in their super accounts would be affected by the new arrangements.

Bowen said the party was not planning to index the income thresholds – a decision that could increase the number of people affected over time.

While Labor argued the policy would improve the fairness and sustainability of the super system, the treasurer, Joe Hockey, characterised it as “a new superannuation tax”.

“Labor’s default position is always to increase taxes,” Hockey said. “We’re always sceptical of announcements from Labor, but I’ll have a look at the details. Frankly, last time they tried this they made a mess of it.”

While Bowen delivered his National Press Club speech, Hockey attended an Australia-Israel Chamber of Commerce lunch in Melbourne to discuss the state of the economy.

Setting the scene for his 12 May budget, Hockey said he would “endeavour to do more for economic growth without compromising the balanced recovering occurring in the Australian economy”.

Hockey said the government was seeking to return to surplus as soon as possible without hurting families or the broader economy. Savings measures were “structural and phased-in rather than dramatic and immediate”, he said, foreshadowing tax relief for small business.

The treasurer’s message was a continuation of the government’s pre-budget signals of an economic blueprint that would be duller than the one delivered in May last year. The first budget contained contentious measures such as a Medicare co-payment and university fee deregulation, which were blocked in the Senate and fuelled a political backlash.

In Canberra, Bowen said many of Hockey’s political problems arose from the Coalition’s lack of openness before the 2013 election, and Labor was determined not to make the same mistake.

Bowen said Labor was “not interested in being a small-target opposition” and he acknowledged there would be “tough decisions to be taken regardless of who wins the next election”.

“A big part of Joe Hockey’s problem in the last budget was just simply the fact that he had been a senior figure in the most dishonest election campaign in Australian history that Tony Abbott ran and they are paying a very substantial political price for that now,” Bowen said.

“We are taking what some would call a courageous approach of announcing policies which won’t be universally popular ... but I would much rather have that conversation now than on budget night. When and if I get to deliver the first budget of the Labor government, it will be implementing a program for which we sought and received a mandate.”

Bowen did not respond directly to a question about what he saw as an appropriate tax-to-gross domestic product ratio, saying only that it should be “adequate to fund important community services – not a dollar more, not a dollar less”.