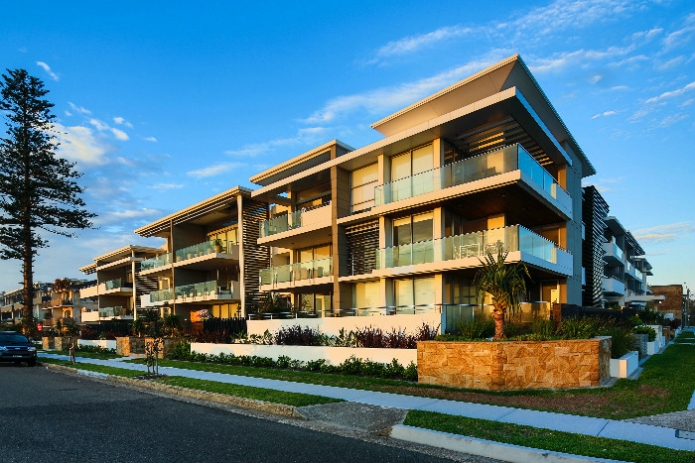 As the volume of new work coming through on large apartment blocks eases back from sky-high levels, the medium density housing sector in Australia appears to be making a comeback – at least in the short term.

Previous declines in approvals for one- and two-storey units and apartment buildings have reversed, however, while strong growth in approvals for three-storey residential buildings have resumed following a pause in late 2013 and early 2014. Growth in approvals in the former category compared with levels recorded in the previous corresponding quarter in 2013 is evident across five states, while growth in the latter is particularly strong in Western Australia, Queensland, Victoria and the Australian Capital Territory.

While cautioning about reading too much into a singular quarter of data as these segments are relatively small and statistically volatile, HIA senior economist Diwa Hopkins said further growth in this segment in the short term was unlikely in Victoria and Western Australia but possible in New South Wales, where current levels of activity were modest by historic standards and medium density housing offered better proximity to amenities compared with detached housing in a market which increasingly favours urban infill.

“What we are seeing in these segments is that approvals for units in three story buildings are historically elevated in WA and Victoria, so I am not quite sure whether or not there is any room for further growth there,” Hopkins said.

“By contrast, in New South Wales, the growth has been fairly moderate and you would say that levels are historically low. Whether or not that continues we will have to wait and see but certainly I think there would be room for growth in the medium density segment of the market (in that state).”

Hopkins’ comments follow the release of the HIA’s latest housing forecast, in which it predicted that overall housing starts would peak at a record 188,020 in 2014 before moderating but remaining at extremely high levels by historic standards (183,860) in 2015 and continuing to moderate thereafter.

Hopkins says starts in the higher density multi-unit sector have most likely reached their peak and will start to moderate, while detached housing will retain its momentum from 2014. Prospects of growth, however, will likely be limited in this segment by supply side constraints including land availability.

“Given that the current cycle was driven by multi-unit dwelling starts, we think there is a little bit more growth left but we are of the view that things will start to moderate in that segment in 2015 particularly as an interest rate tightening cycle might start to occur toward the latter part of that year,” Hopkins said.

“In the detached house side of the market, current levels still aren’t at the historic highs that we have seen in multi-units so there is a bit more potential for growth.”

According to the HIA, the profile of residential building approvals in the September quarter was as follows:

Units in one or two storey buildings: