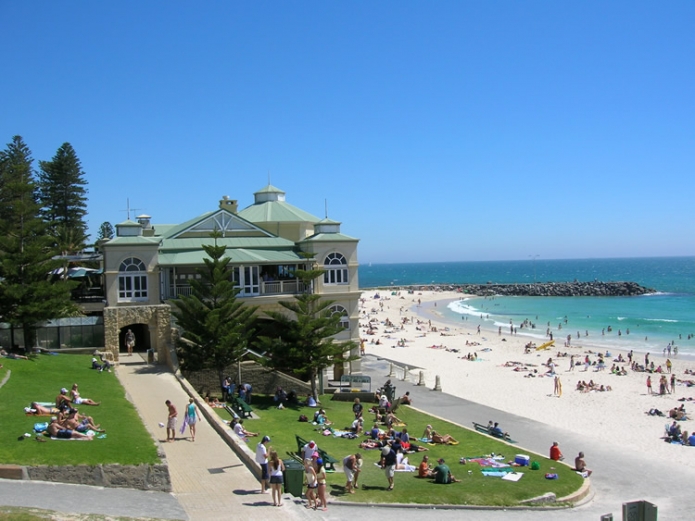 Confidence in the Perth property market is collapsing, a new national survey has found, with warnings the city will be the national laggard on prices for the next two years.

NAB's residential property survey, released this morning, shows Perth home owners expect prices to climb by less than one per cent over the coming year.

It is even worse for landlords, with rents expected to fall over the next two years.

In contrast, property owners in Melbourne, Brisbane and Sydney are expecting solid gains in prices and rents next year and into 2016.

Confidence in the Perth property market is now at its lowest level on record with most of the fall taking place over the past six months.

NAB chief economist Alan Oster said the survey had found strong activity by foreign buyers in all States. In Victoria they accounted for almost one in every four new property sales.

Another issue uncovered by the survey was housing affordability concerns linked to growing concern among homeowners about the state of the jobs market.

NAB is now expecting house price growth to moderate over the next two years.

It believes the national market will climb by four per cent over the next year and then two per cent through the year to September 2016.

But Perth will be at the bottom of the pile, with prices forecast to climb by 1.7 per cent in the coming year and the year after.

At that level, prices would be falling in real terms.

“Brisbane and Sydney are expected to lead the market in the next year, followed by Melbourne and Adelaide, with Perth lagging,”
Mr Oster said.

The survey comes as Westpac’s measure of consumer confidence continues to show there are more pessimists and optimists in the nation’s shopping malls.

Sentiment lifted marginally in October but still remains well below the level at which optimists are in the majority.

Westpac chief economist Bill Evans said this was now the eighth consecutive month in which the survey showed pessimists in the ascendancy.

A key question of the survey, whether it is a good time to buy a major household item, fell by 0.4 per cent this month to be 8.4 per cent lower than a year ago.