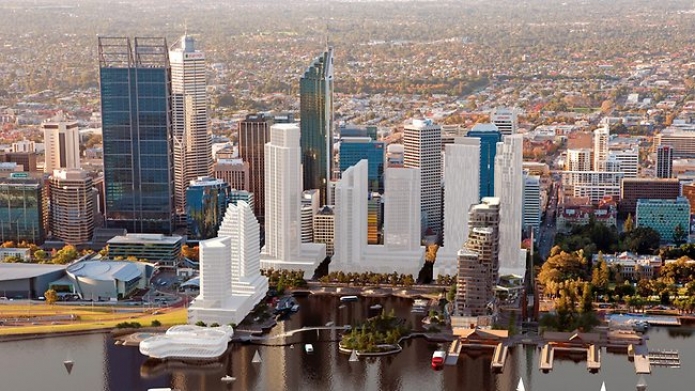 Perth is facing an impending apartment glut, as a cooling economy and subdued population growth threaten to overload the market with unwanted stock.

Property analysts expect the former boom town, which has previously experienced housing shortages, to face a potential over-supply as early as next year following the completion of a series of multi-residential developments.

Stewart Darby, executive manager research of the Real Estate Institute of Western Australia said there was an emerging risk of excess stock.

“The risk of oversupply in the foreseeable future by 2015-16 is a real possibility as new supply is completed but demand, particularly for rental stock, is falling as population growth slows,” Mr Darby said.

“This in turn will limit demand for rental property at a time when rental markets across WA are already haemorrhaging.”

The fears are linked to the record number of multi-residential dwellings now under construction in WA – most of which were started in stronger economic times – but yet to be completed.

This coincides with a pullback in major resources investment, which has meant WA is fast losing its reputation as the nation’s jobs creation capital and migration destination.

Australian Bureau of Statistics figures released this week show that the unemployment rate in the resources state has lifted from 5 to 5.2 per cent, which is below the national average but higher than the two territories. Population growth officially peaked in WA in September 2012.

"In time the market will evolve but there just doesn't seem to be a high demand for apartments in Perth," Mr Kusher said.

Rents across greater Perth are flat over the same period.